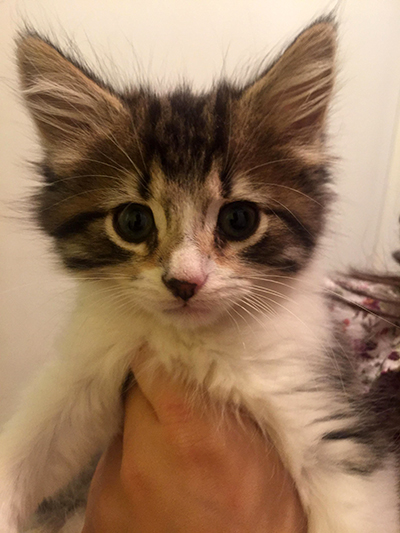 Posted at 22:39h in Memorials by khateam 0 Comments

This week we made one of the hardest decisions. We had to euthanize Ziggy. He went in for a second opinion of his FIP diagnosis on Monday. I was convinced he did not have it, that his previous vet jumped the gun on the diagnosis. I thought we could save him. His lab work showed otherwise.

He was badly losing whatever battle he was fighting. And all the antibiotics he had been on did nothing but stabilize him. His X-Ray showed he had so much liquid in his abdomen that none of his organs were visible.

We could have waited a few days. But that came with the risk of his condition worsening to neurological failure, which would not be fair. They administered the medication while I was holding him.

He wasn’t even with us two months. But he will be our Ziggy kitten forever.